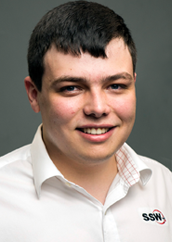 Chris is a Senior Software Developer, who heads up IoT at SSW . Based in Brisbane , he's passionate about IoT, Scrum, Security, Windows Universal Apps and Xamarin. All the Devs at SSW have been asking Chris, what he thinks the Internet of Things will mean for their day to day lives? It ranges from the impossible to the improbable, from automating their coffee breaks, to telling them exactly when the next bus will arrive!

TimePro Web API: Wrote the Web API layer which was used for a new Angular application to integrate with the legacy TimePro code base. As a part of this project, he integrated an existing SQL Server Reporting Services server with Angular via Web API.

Sugar Learning: **Worked **on a next generation induction tool, which streamlines the process of employee induction.